New Book - Thus Saith the Flame to the Spark

If you are arriving here from the pages of our new book, Thus Saith the Flame to the Spark, find a quick reference and summary here. Below, find the three primary modes of Enlightenment (Three Refuges). From this, our book explains this within the 10 Dimensions and Worlds we all occupy, which are based on the ten worlds of Buddhism. Far from being a Buddhist or Christian view, this book shows the beauty of both. When two are made one, something new is born.

We would also like to announce the companion book, Bow with Unity - Benefactors of Orphans and Widows. The new book will be out on Amazon in a few short weeks, and is a simplified version of Thus Saith the Flame to the Spark. The idea behind the companion book is the development of the foundation we are promoting. See the rest of this post to realize this simple truth.

While Hebrew is a masculine language, Sanskrit is a feminine language. Only by valuing the relatives do we come to understand the unity between. LOVE bridges the gap, allowing unity to reveal the true church and assembly of humanity.

3. Right Unity with all other Sparks (Relatives to GOD)

The three primary non-virtues are commonly referred to as the three shackles (Desire, Anger and Delusion).  If the first three non-virtues are overcome, the lower seven are removed.  By this, we must embody the new refuges of Awakened Mind, Awakened Nature and Awakened Realization of Relatives.  In unity with this universal view, one Absolute Enlightenment is realized (LOVE).  Only by identifying our own inner truth can we come to know the Sattva (True Being) we were created to realize.  By above, of course, I am referring to the ten dimensions of reality, where the mind projects images and forms though time. In truth, each of us are all ten dimensions above and below.

From the Book: Thus Saith the Flame to the Spark
Universal Dimensional Structure

I have a new true fiction book coming called Passages-Tripping in the Forest of Illusions.  I expect to publish this by March or maybe earl... 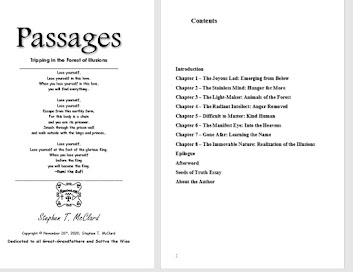 New Book: Passages-Tripping in the Forest of Illusions 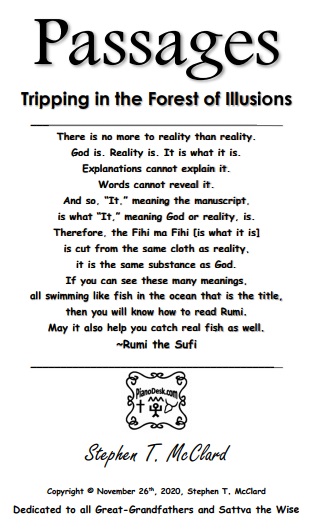 Available on Paperback and Kindle

Bow With Unity-Benefactors of Orphans and Widows 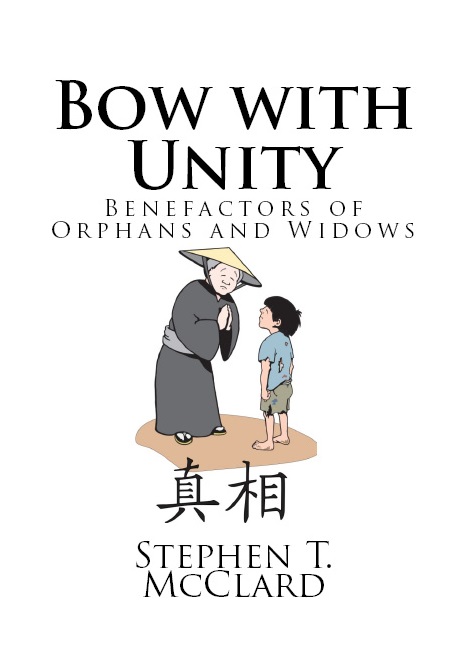 Thus Saith the Flame to the Spark-Ten Dimensions of Enlightenment 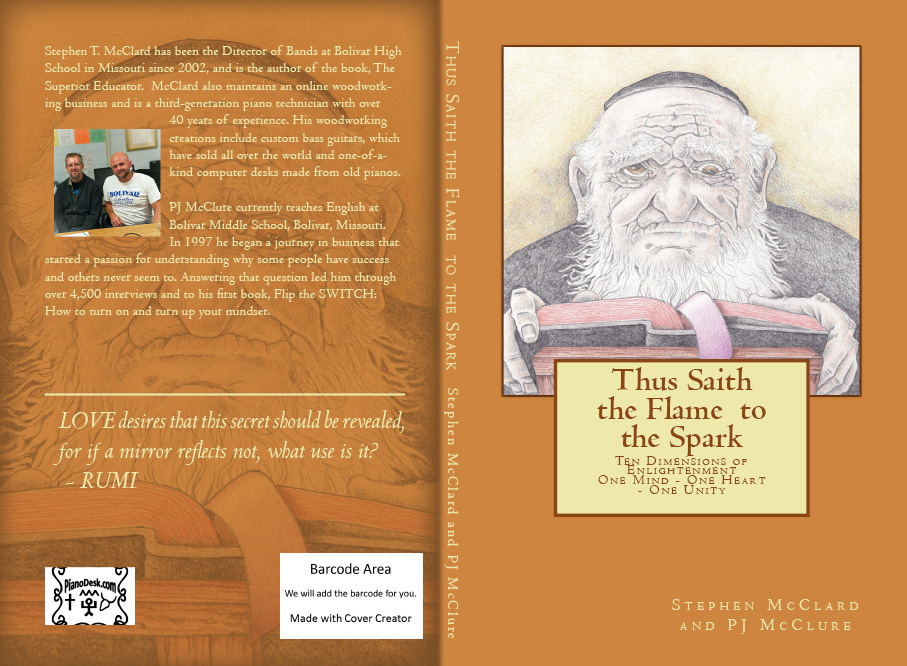 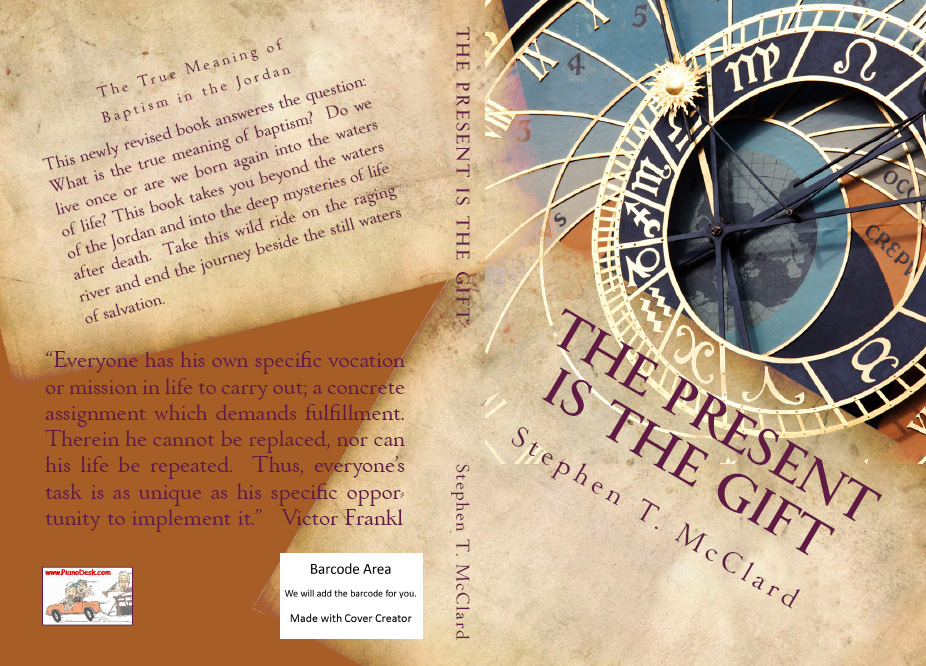 The Superior Educator-A Calm and Assertive Approach to Classroom Management Available on Paperback and Kindle

500 Years before Christ - Preparing the Way

Awakening and Liberation from Image of Creation / Self

The Mirror of Mind


Rumi the Sufi: "Not Christian or Jew or Muslim, not Hindu, Buddhist, Sufi or Zen. Not any religion or cultural system. I am not from the East or West, not out of the ocean or up from the ground, if not natural or ethereal, not composed of elements at all. I do not exist, am not an entity in this world or the next. I did not descend from Aden and Eve or any origin story. My place is placeless, a trace of the traceless, neither body or soul, I belong to the beloved, have seen the two worlds as one, and that one calls to know, first, last, outer, inner, only that breath breathing human.’’

Mirror of Mind - Rumi the Sufi:
How does Rumi describe the Lord?

Ah! you who smite with your sword him beside himself,

You smite yourself therewith; Beware!

For he that is beside himself is annihilated and safe;

Yea, he dwells in security forever.

His form is vanished, he is a mere mirror;

Nothing is seen in him but the reflection of another.

And if you hit that mirror, you hit yourself;

And if you see an ugly face in it, 'tis your own,

And if you see an 'Isa there, you are its mother Mary.

He is neither this nor that he is void of form;

'Tis your own form which is reflected back to you.

But when the discourse reaches this point, lip is closed;

When pen reaches this point, it is split in twain.

Close then your lips, though eloquence be possible.

- The best and shortest road towards knowledge of truth is Nature.

- For every joy there is a price to be paid.

- If his heart rules him, his conscience will soon take the place of the rod.

- What you are doing does not matter so much as what you are learning from doing it. It is better not to know and to know that one does not know, than presumptuously to attribute some random meaning to symbols.

- If you search for the laws of harmony, you will find knowledge.

- If you are searching for a Neter [source of creation], observe Nature! Exuberance is a good stimulus towards action, but the inner light grows in silence and concentration.

- Not the greatest Master can go even one step for his disciple; in himself he must experience each stage of developing consciousness. Therefore he will know nothing for which he is not ripe.

- The body is the house of god. That is why it is said, "Man know yourself."

- True teaching is not an accumulation of knowledge; it is an awaking of consciousness which goes through successive stages.

- The man who knows how to lead one of his brothers towards what he has known may one day be saved by that very brother.

- People bring about their own undoing through their tongues.

- If one tries to navigate unknown waters one runs the risk of shipwreck.

- Leave him in error who loves his error.

- Every man is rich in excuses to safeguard his prejudices, his instincts, and his opinions.

- To know means to record in one's memory; but to understand means to blend with the thing and to assimilate it oneself.

- Love is one thing, knowledge is another.

- True sages are those who give what they have, without meanness and without secret!

- An answer brings no illumination unless the question has matured to a point where it gives rise to this answer which thus becomes its fruit. Therefore learn how to put a question.

- What reveals itself to me ceases to be mysterious for me alone: if I unveil it to anyone else, he hears mere words which betray the living sense: Profanation, but never revelation.

- The first concerning the 'secrets': all cognition comes from inside; we are therefore initiated only by ourselves, but the Master gives the keys.

- The second concerning the 'way': the seeker has need of a Master to guide him and lift him up when he falls, to lead him back to the right way when he strays.

- As to deserving, know that the gift of heaven is free; this gift of Knowledge is so great that no effort whatever could hope to 'deserve' it.

- There grows no wheat where there is no grain.

- The only thing that is humiliating is helplessness.

- An answer if profitable in proportion to the intensity of the quest.

- Listen to your conviction, even if they seem absurd to your reason.

- Know the world in yourself. Never look for yourself in the world, for this would be to project your illusion

-To teach one must know the nature of those whom one is teaching.

- In every vital activity it is the path that matters.

- The way of knowledge is narrow.

- Each truth you learn will be, for you, as new as if it had never been written.

- If you defy an enemy by doubting his courage you double it.

- The nut doesn't reveal the tree it contains.

- For knowledge... you should know that peace is an indispensable condition of getting it.

- The first thing necessary in teaching is a master; the second is a pupil capable of carrying on the tradition.

- Peace is the fruit of activity, not of sleep.

- Envious greed must govern to possess and ambition must possess to govern.

- When the governing class isn't chosen for quality it is chosen for material wealth: this always means decadence, the lowest stage a society can reach.

- One foot isn't enough to walk with.

- Our senses serve to affirm, not to know.

- We mustn't confuse mastery with mimicry, knowledge with superstitious ignorance.

- Physical consciousness is indispensable for the achievement of knowledge.

- No discussion can throw light if it wanders from the real point.

- Your body is the temple of knowledge.

- Experience will show you, a Master can only point the way.

- A house has the character of the man who lives in it.

- All organs work together in the functioning of the whole.

- A pupil may show you by his own efforts how much he deserves to learn from you.

- Routine and prejudice distort vision. Each man thinks his own horizon is the limit of the world.

- You will free yourself when you learn to be neutral and follow the instructions of your heart without letting things perturb you. This is the way of Maat.

- Judge by cause, not by effect.

- Growth in consciousness doesn't depend on the will of the intellect or its possibilities but on the intensity of the inner urge.

- Every man must act in the rhythm of his time... such is wisdom.

- Men need images. Lacking them they invent idols. Better then to found the images on realities that lead the true seeker to the source.

- Maat, who links universal to terrestrial, the divine with the human is incomprehensible to the cerebral intelligence.

- Have the wisdom to abandon the values of a time that has passed and pick out the constituents of the future. An environment must be suited to the age and men to their environment.

- Everyone finds himself in the world where he belongs. The essential thing is to have a fixed point from which to check its reality now and then.

- A phenomenon always arises from the interaction of complementary. If you want something look for the complement that will elicit it. Seth causes Horus.
H Horus redeems Seth.

- All seed answer light, but the color is different.

- The plant reveals what is in the seed.

- Popular beliefs on essential matters must be examined in order to discover the original thought.

- It is the passive resistance from the helm that steers the boat.

- The key to all problems is the problem of consciousness.

- Man must learn to increase his sense of responsibility and of the fact that everything he does will have its consequences.

- If you would build something solid, don't work with wind: always look for a fixed point, something you know that is stable... yourself.

- If you would know yourself, take yourself as starting point and go back to its source; your beginning will disclose your end.

- Seek peacefully, you will find.

- Organization is impossible unless those who know the laws of harmony lay the foundation.

- It is no use whatever preaching Wisdom to men: you must inject it into their blood.

- Knowledge is consciousness of reality. Reality is the sum of the laws that govern nature and of the causes from which they flow.

- Social good is what brings peace to family and society.

- Knowledge is not necessarily wisdom.

- By knowing one reaches belief. By doing one gains conviction. When you know, dare.

- Altruism is the mark of a superior being.

- All is within yourself. Know your most inward self and look for what corresponds with it in nature.

- The seed cannot sprout upwards without simultaneously sending roots into the ground.

- The seed includes all the possibilities of the tree.... The seed will develop these possibilities, however, only if it receives corresponding energies from the sky.

- Grain must return to the earth, die, and decompose for new growth to begin.

- Man, know yourself... and you shalt know the gods.